I remembered a real incident that happened years ago,when Womensweb asked us to write for the contest I stood up Blogathon...

It was a rainy day, me and my friend ritu was waiting for an auto after finishing our shopping.Rain water was flowing on the streets due to heavy down pouring.A cool breeze was brushing our face every now and then and it was drizzling then.

Ritu, suggested for a cup of hot tea.even i need to get refresh after a tiredsome days work and shopping,so we went to a near by hotel.

A small boy around ten or twelve years served us the tea.I was shocked seeing him in such a state.he was wearing tattered dirty clothes.It was not his appearance that shocked me.It was his age and his condition that shocked me.he was mal nutritioned.he is not supposed to work at that young age.I was thinking what to do about this child labour.when i told my friend about my worry for the child.she asked me to be quite and not to make it an issue by saying,

"This is happening everywhere.why do you bother about it?.have your tea fastly as we have to catch the auto soon to head home" saying so she gulped off the tea. I took the tea cup helplessly.


then,I noticed another boy of same age in the shop were carrying tea cups in his little hands to deliver in the rain to the office in front of that hotel.that was quite a shocking view to witness,I got up and reached for the manager in that hotel.by that time the little boy returned from the delivery.shivering vigorously and wiping off the rain drops from his wet face with his wet hands and squeezing out the water from his banian.when we all want our children to play with best toys and get best education.then how can one hire a children for work?that also in this rain.

I clicked few snaps of the boys and the hotel in my mobile camera.seeing this the manager also posed well for the pictures thinking that iam going to post it in the facebook wall or in the twitter.

"Child labour is an offence.don't you know that?" i asked this question clicking few more snaps of the boy. who is busily attending the customers.

I understood that my question startled him as the broad smile on his face vanished away in seconds.

He said that they are sent by their parents to work to support their financial needs and he justified his act with a logic that it saves them from starvation and prevent them from being sucked into the world of crime. Childhood is the time to garner the best intellectual capacity of the children,but people like you hires these poor children for less pay and makes their life crucial.I threatened  him that i am  going to write about their hotel and will publish those photos of child labour in the next day news paper"

The owner promised me that he wont hire any children as labours and requested me to forgive him.He immediately settled the payment to the boys and asked the boys to leave home and study.Then i told the little boys to go to school and study well and gave my business card to contact me if he need any kind of help.My friend appreciated me for this brave act.That is how i stood up against the child labour.

Email ThisBlogThis!Share to TwitterShare to FacebookShare to Pinterest
Labels: Womensweb

Prabhavathi
Iam a consultant by Profession and writer by passion... 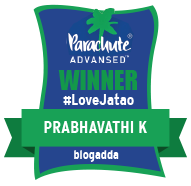 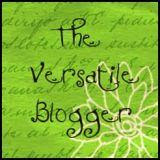